A church has stood on this site for about 1000 years. The present building was constructed in the early 13th Century. It is interesting to reflect on the huge size of the church, built in what must have been little more than a large village, then clustered around a bridge over the river, an important crossing place on routes running east to west. When it was built Leighton was in the diocese of Lincoln, having previously been under the jurisdiction of the Bishop of Dorchester [on Thames]. 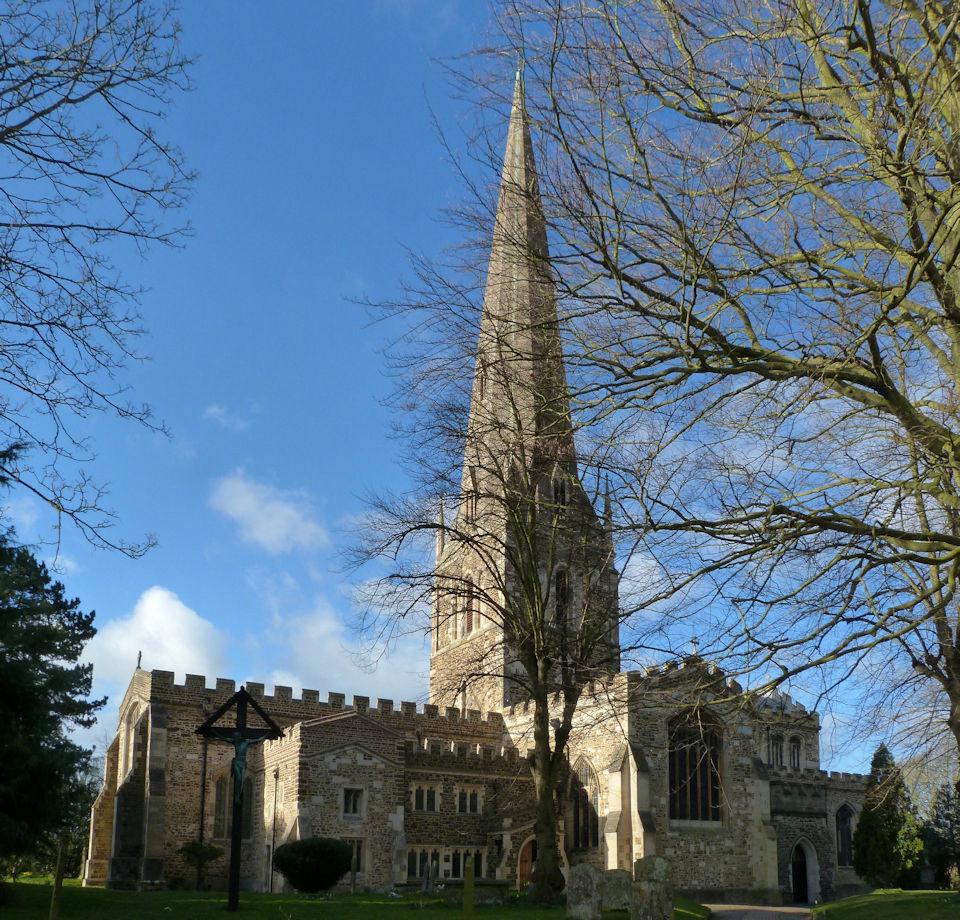 Ancient tradition has it that St. Hugh of Lincoln visited this area on one of his many tours around his diocese and ordered this church to be built to replace the building already on this site. He is depicted in the great west window with his legendary pet swan.

The church and its lands were given to a Prebendary, an officer of Lincoln Cathedral, whose task it would have been to keep an eye on this parish and its surrounding area. This man was Theobald de Busar, and from his name Leighton became Leighton de Busar [and latterly Leighton Buzzard] to distinguish it from Leighton Bromswold in the same diocese. There is still a Prebendal stall in Lincoln Cathedral for Leighton Buzzard, though we passed from Lincoln to Ely diocese in 1837, and then to St.Albans in 1914.

Interesting things to look for on a visit.

There was more restoration 1999-2016 following discovery of cracks in the tower and structural problems elsewhere. A 16 year repair programme, split into seven phases, was begun, with much prayer and fundraising. The tower was stabilised with steel anchors and nearly all of the external cement on the building was removed and replaced with lime mortar. Most of the windows were temporarily removed, cleaned and re-leaded. For more about this work see the Preservation Trust website.

As a result of this work the organ was  cleaned and serviced from May-August 2018. It is now back in use.

A new history and guide book to All Saints was published in May, titled "The Way In". Packed with pictures and information it is on sale in the church at £2 or from All Saints Preservation Trust . 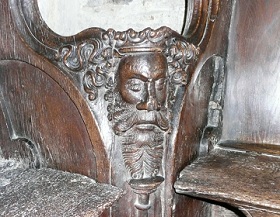 A king’s head on the corner of the misericords [late 14th century].

All Saints Preservation Trust, an independent charity, raises funds every day to care for this beautiful building